I have been using Avid Scorch on my Apple iPad for about ten years. As a user of Avid Sibelius for creating sheet music documents, Avid Scorch was an obvious solution for viewing them on my iPad. And unlike most iOS sheet music viewers, Avid Scorch allows for changing the key of a document.

Sadly, Avid Scorch has not been updated on iOS for several years. As of this writing:

We are reaching the point where Avid Scorch is a nearly-dead legacy application. If you still have documents created with a sufficiently old version of Avid Sibelius, it continues to be as great as always (which, admittedly, was still a little buggy and lacking in features). But running newer versions of Sibelius, including running on the new standard M1 Apple platform, Avid Scorch is completely useless. 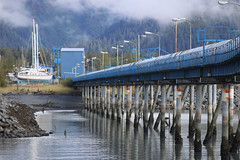 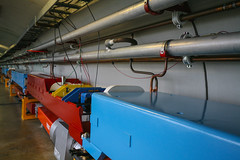 Thus I was interested in a recent product announcement from Focusrite, a new Clarett audio interface that was touted as working with USB-C. This would plug directly into the iMac with no adapters, and USB-C is markedly faster than either FireWire 400 or FireWire 800, with a maximum theoretical bandwidth of 10Gbps. However, further research on the Focusrite website shows that the new Clarett USB interface is USB-C in connector only; maintaining backwards compatibility with USB 2.0 through an adapter cable, it operates at a USB 2.0 bandwidth level.

The Clarett USB interface seems to have a useful market for people still using USB 2.0 connectors but wanting to future-proof themselves with USB-C connectors. USB 2.0 is slightly faster than FireWire 400 on the Saffire interface, but if buying a new interface today, for a brand new computer, it seems like a better option to go for a unit that supports faster bandwidth.

I’ll be watching for a true USB-C audio interface, but maybe Dante over Ethernet is the way to go…

[UPDATE: I could try to cover up my ignorance by claiming that I’m really more of a software person than hardware — which is true — but apparently bandwidth isn’t the main attribute to consider here. USB 2.0 bandwidth is plenty for over a dozen audio tracks simultaneously in and out of the computer system. If you need lots of tracks, extra bandwidth can help, but otherwise, it would make no difference. What can make a difference is the speed at which the data gets into the computer; in the computer audio world, the term is latency. USB 3.0 does not improve latency speed over USB 2.0. Thunderbolt, however, does; on the computer end, a Thunderbolt connection gets closer to being an internal bus connection, and thus can deliver that same bandwidth (or more) at a higher velocity. Since the difference occurs on the computer side, not on the interface side or along the cable, a USB-C connector that goes into a Thunderbolt 3 port might offer that latency improvement as well? A whole Thunderbolt chain definitely should!] 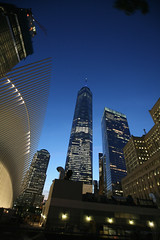 I don’t play a lot of electronic games, but have recently been enjoying the Electronic Arts release of Monopoly on my iPhone. For some reason, Electronic Arts is pulling the game from the Apple iOS application store tomorrow, but if you already have it on your device it should continue to work until an operating system upgrade renders it unusable.

Playing a physical Monopoly game with other people tends to be a once-in-a-while event. Playing it on your phone, against software opponents, you can play it over and over and the lessons in the game can become obvious. What can we learn from Monopoly?

In the real world, developing properties into houses and hotels is literally a great method of building assets. But there are lots of things that can be assets: books, music, training videos, computer software, and more. On the other hand, while all possible assets in Monopoly are at least somewhat desirable, in the real world it’s entirely possible to own or to create things that nobody actually wants!

Electronic Arts has a fine rendition of Monopoly for iOS here. They sell if for 99 cents, and, with the Apple family sharing plan, up to five people can play the game indefinitely for that initial 99-cent sale. I don’t know why they are pulling the game, but regardless of the reason, maybe Electronic Arts could have made the game into more of an asset for themselves! People often sell iOS applications for dirt cheap, but this one is easily worth several times what they were charging.

Mozilla has put together a guide to some popular internet-connected home technologies, including children’s toys, with descriptions of to what extent these devices could be used spy on you or your family.

Voice-controlled computing that could benevolently observe you and track your location looked so neat on Star Trek; now that it’s actually here, I don’t think I want it in my house…